Just returned from a 2 week painting trip to Sennen in Cornwall with a crew of plein air painting friends. What a trip! I’ll post up shots of the paintings once I’ve had a chance to photograph them but have added a few action shots to give a flavour of the experience.
Such a treat to paint alongside fellow plein air enthusiasts and to see such amazing painting being produced ‘in the moment’. It took a bit of planning but was well worth the effort and everyone seemed to enjoy themselves. Hopefully the first of many more group expeditions! 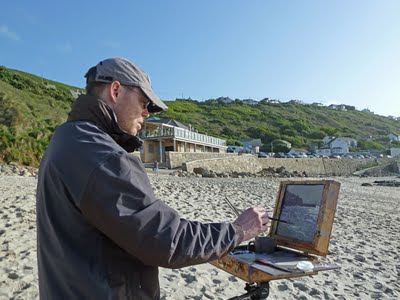 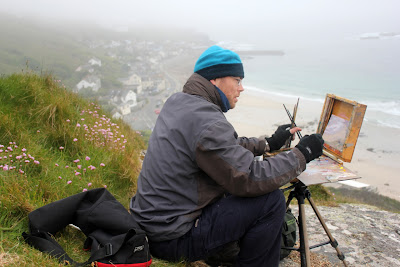 The half day of drizzle offered up some interesting misty views of the bay! 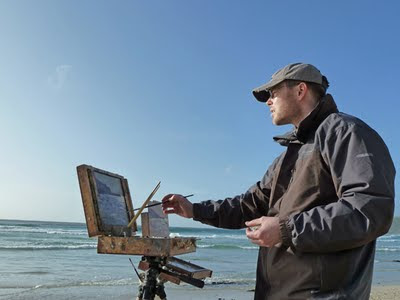 Squinting for those tones! 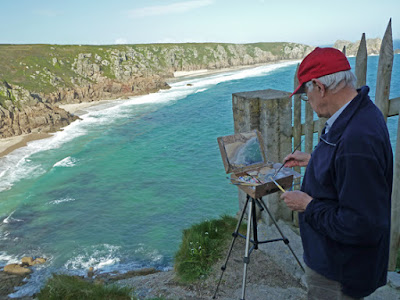 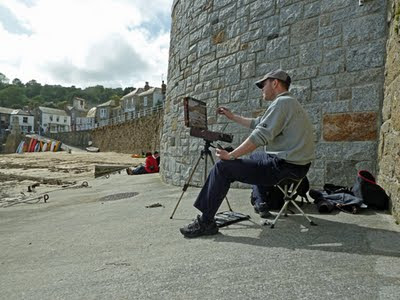 Above – finding some respite from the breezy clifftops at Mousehole harbour 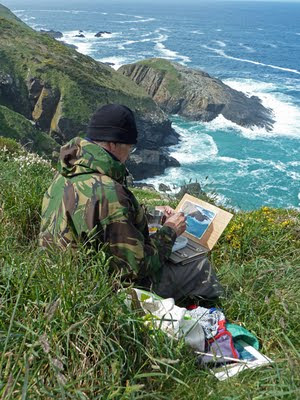 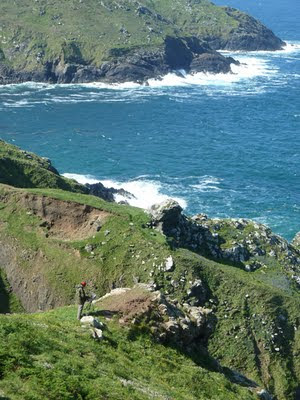 Above – Tim in Ray Mears mode at Botallack :o) 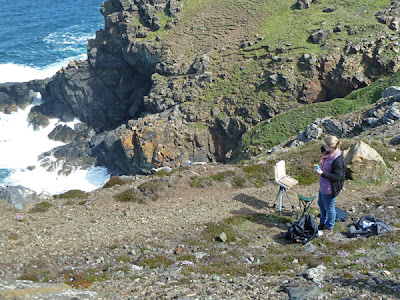 Above – Valerie Pirlot paints a cracking spot near Botallack with a nice hole in the rock on the left! 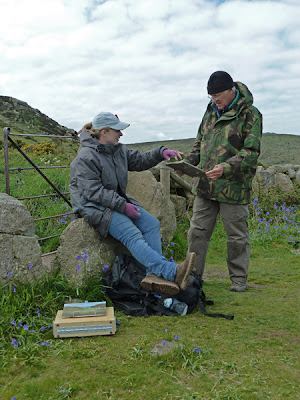 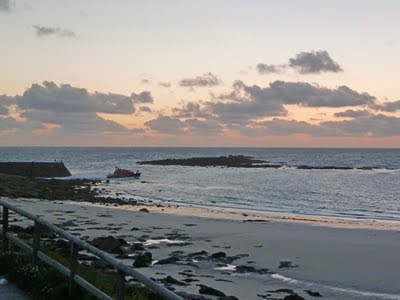 Check out the sunset with lifeboat launch! 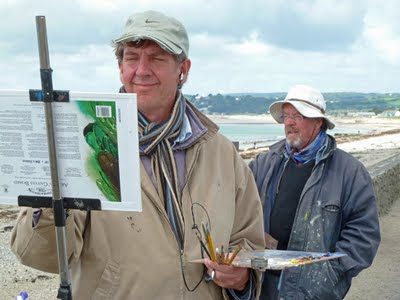 Above – David Bachman and Mike Richardson contentedly hard at work near Marazion. I never look that relaxed when I’m painting! 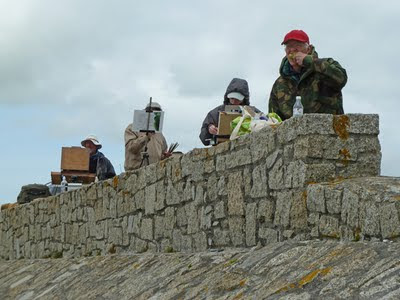 Tim indulges in a sneaky snack break whilst the others aren’t looking! 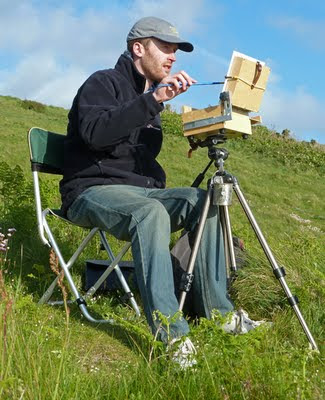 Above – Anthony Bridge painting with intent! 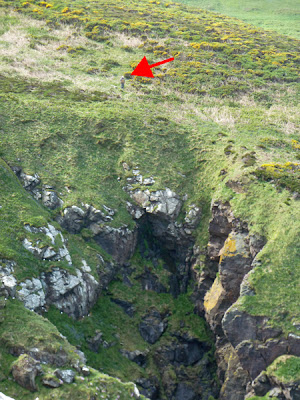 Above – Somewhere in the distance it’s Mike with his easel….’don’t look down Mike!!’ 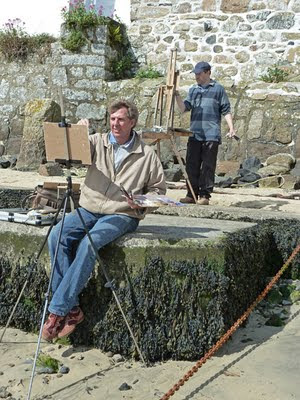 David and Roy Connelly painting ‘the gap’ at Mousehole harbour 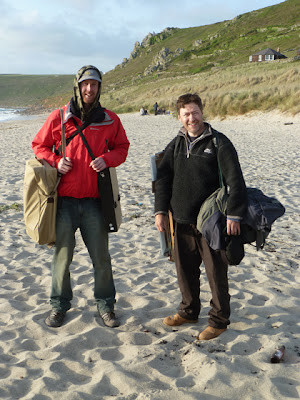 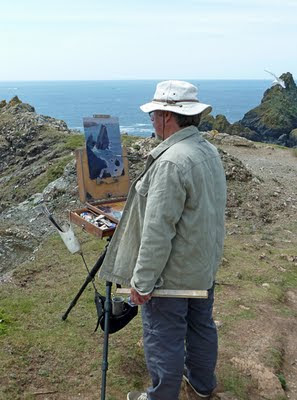 Mike at work on another cracker…this time from the cliffs at Kynance Cove. 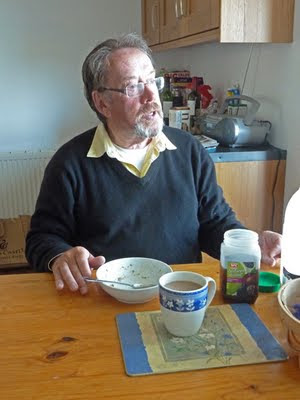 ‘Where’s my bloody prunes?’ was a constant cry during week 1. Thankfully Mike found them at the back of the cupboard and we all breathed a sigh of relief :o) 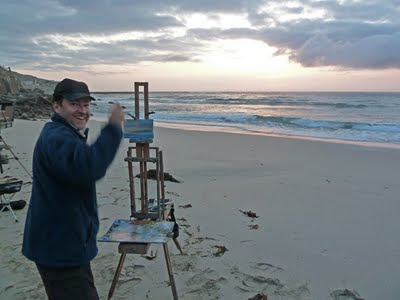