Port Isaac offered some shelter from the less favourable weather and the harbour area has a small number of boats which seemed to be positioned in exactly the same spots as where they were this time last year. These two boats were tilting nicely and I was rather taken with the wet puddles in the sand 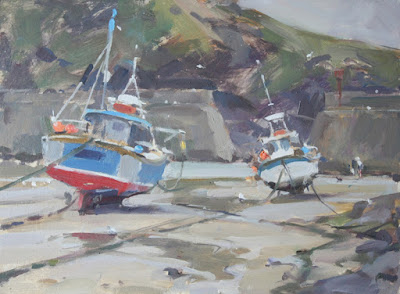 Boats at low tide, Port Isaac (10x14in, oil on board)
I’d spotted the subject of the hillside (shown below) and returned when it was raining to find it actually had more appeal in the foggy murk. Quite tricky with a narrow tonal range and subtle colour shifts but an interesting subject to tackle. I needed the umbrella up for this one! 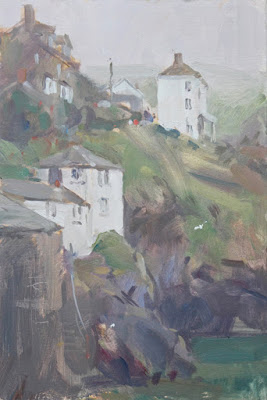 Nestling in the mist, Port Isaac (8x12in, oil on board)
Another rainy day, this time at Newquay harbour. The harbour is like a little oasis against the more commercial/modern backdrop of the rest of the town….a good option for the damp/grey days. 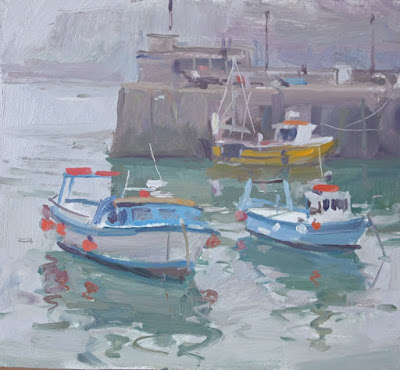 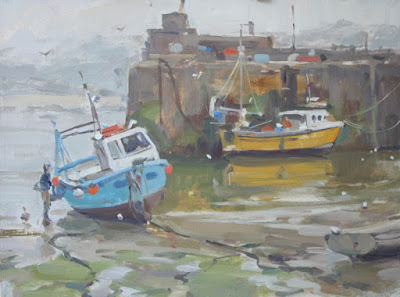 Incoming tide, Newquay Harbour (12x16in, oil on board)
A few from the cliffs/rocks which are always impressive (but difficult to paint, especially when it’s breezy!) 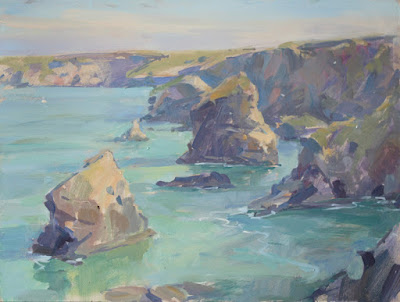 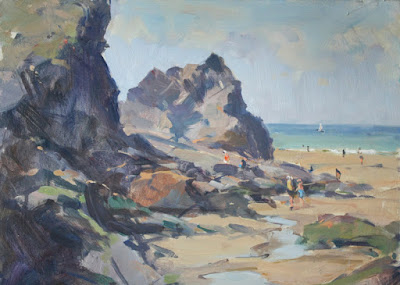 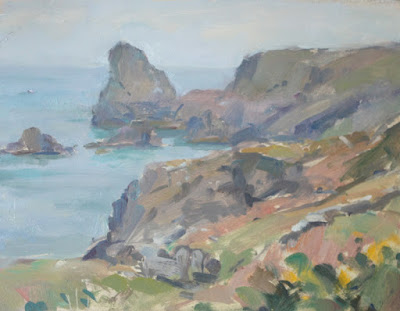 Headland at Bossiney (11x8in, oil on board)
I had a go at a couple of larger ones (14x18in) at Bedruthan, trying to focus on the moments of sunshine and the dramatic effects it has on the rock formations. I struggle more with cliffs when there isn’t much sunlight to work with as everything can end up quite dark and drab. I’ve always fancied painting a really big cliff subject to give the sense of being there, perched on a cliff edge, looking down in wonder at the water and rocks. It’s not an easy thing to do though and I’ve yet to achieve it but might try something in the studio based on some of these works. 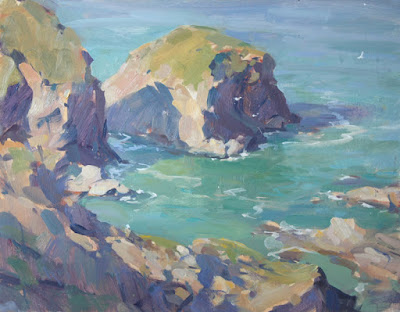 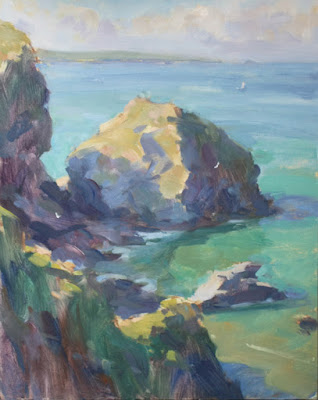 Rocky headland, Bedruthan (14x18in, oil on board)
Back to the beach for some brief sunshine, this time at Polzeath where the runs of water in the sand made some nice patterns to work with. Enjoyed working on a slightly larger (8x20in) letterbox format.