I’ve been doing a spot of art residency with Stowe House in Buckinghamshire and recently spent a couple of enjoyable sessions painting the impressive Gothic Library (now the Headmaster’s office). The staff were extremely accommodating in allowing me access and the space was also open to the public for the two days I was there. The house is the architectural focal point for Stowe School and the surrounding grounds which are owned by the National Trust.

The Gothic library was a treat to paint and I chose a position that would make the most of the interplay between the natural/artificial lighting and the distinctive maquettes which enhanced the sense of grandeur. 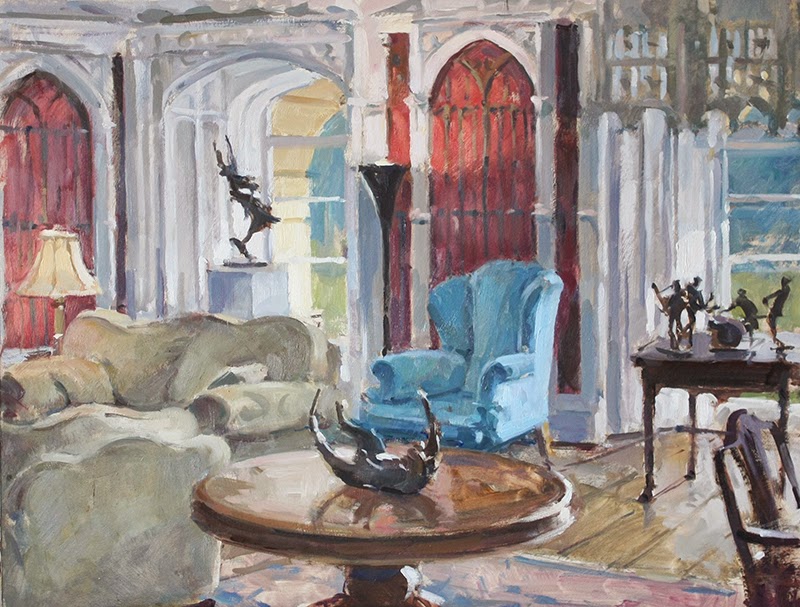 ‘The Gothic Library, Stowe House’ – 20x26in, oil on board (click image to enlarge)

I was determined not to labour the painting and wanted to keep it nice and fresh whilst getting enough detail for everything to make sense. I thought the juxtaposition of the maquettes and lamps made a nice punchy rhythm and enhanced the feeling of space. The central uplighter was a real bonus, especially as it lit up the deep burgundy of the wall panel behind. The blue chair was a lovely colour and this worked well in the overall scheme too. Notice the sculpture of the Beatles on right…that was really fun to put in 🙂

I was fortunate to be able to work over two sessions and decided to use a bigger panel than I would normally work with on location. In this case it was 20x26in and I used the French half box easel for support (often this is too low for me with a smaller panel but with a bigger board it’s less problematic). 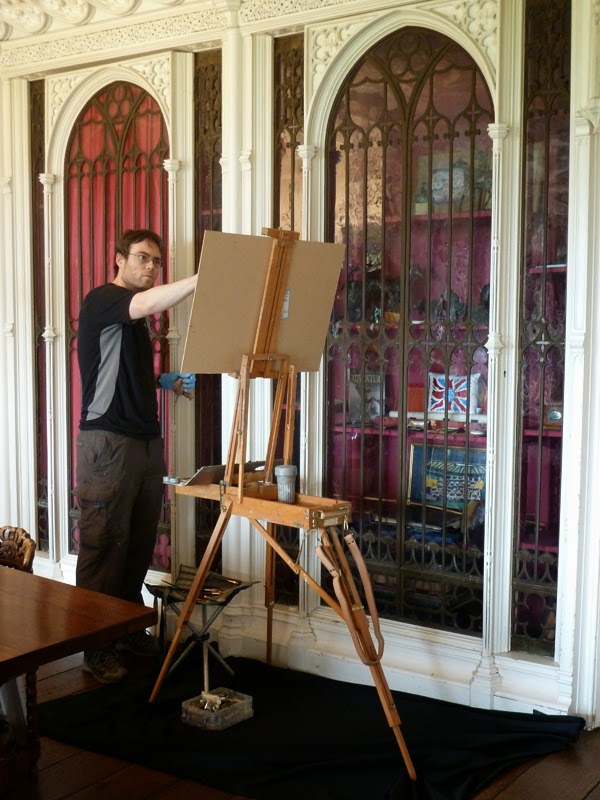 In action and wearing my serious painting face!
I really hope I can get more opportunities to paint interior spaces. I haven’t really tackled them since my university days and have got a real taste for it again. I’m certainly hoping to do more work with Stowe House, perhaps venturing into the grounds if the weather is behaving!
David2017-12-24T11:32:08+00:00August 29th, 2014|4 Comments