Well, I didn’t actually make it on air but in fairness the weather was so bad it was almost beyond the point of being able to do anything on the bridge, let alone paint.and do any filming! The last 2-3 hours was unbelievable in terms of the rain but I thought what the heck…royal pageants don’t come along that often….just keep on painting!

The boats looked absolutely incredible. Just the shear number was amazing at times. People lined the river banks and cheered at everyhing that moved on the water. Hats off to everyone that stuck it out through the driving rain!

I had some trouble with the easel given to us (the lower ledge was at a fixed height) so I ended up bending forwards all day and trying to stop the wind blowing my board into the palette with bits of masking tape. I was also trying to hold up my broken easel umbrella which was practically useless in the wind. Tricky! By the end of the day I wasn’t sure whether it was medium or water in my dippers. I regularly had to drip water off the palette and by 5pm the paint refused to stick to anything.

Anyway, the two efforts from the day are below (click for larger view):

This was done facing east from the Millennium bridge, well before boats were due to arrive. I thought I’d try and make something of the gaterhing crowds and use the structure of the pier to flesh out the composition. I was first allocated a pitch looking the other way but in the absence of boats I wasn’t that inspired so thought I’d give this a go. I used the notes of colour to enliven the scene without going crazy with them. I liked the way the distant skyscrapers disappeared into the misty rain.

I started the second one straight after, without a break, as the boats were due in an hour or so. I tried to get everything down that wasn’t moving so that when the boats arrived I could focus on them. Painting the boats was very difficult as they moved so quickly and they came in waves of different types so they didn’t repeat much. It was a case from working directly and from memory. All a bit of a blur.

The end of the pier was a handy ‘stopper’ in compostional terms. Imagine all the boats sounding their horns and the crowds cheering. It was a great scene! I suppose to do it real justice it would make sense to attempt a studio version but it won’t feel the same as being there in the moment.

A few action shots from the day: 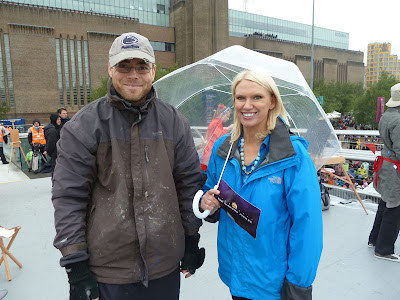 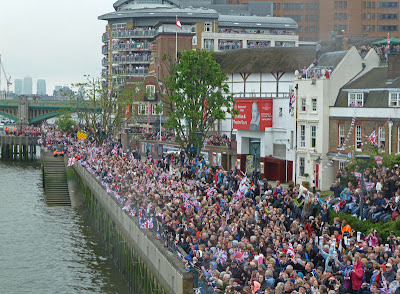 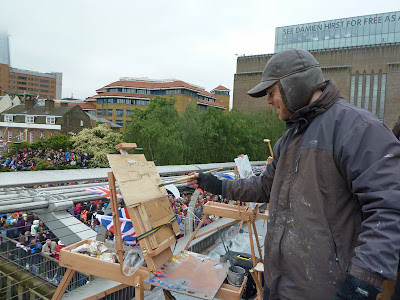 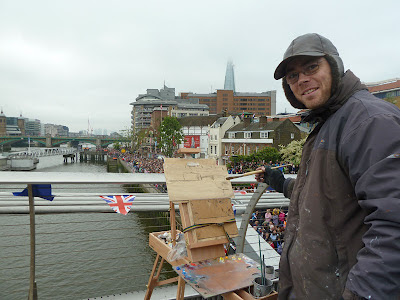 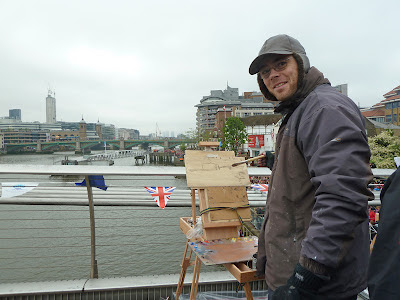 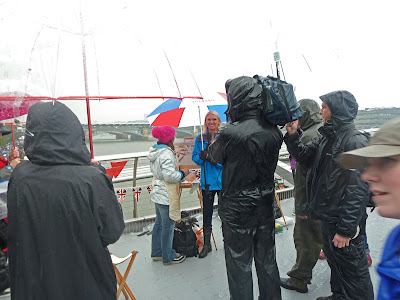 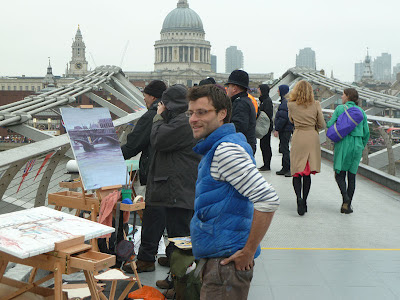 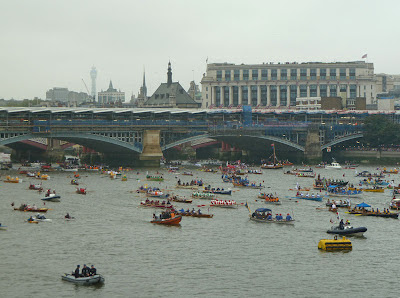 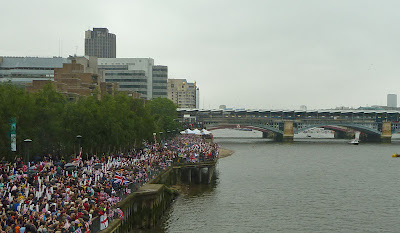 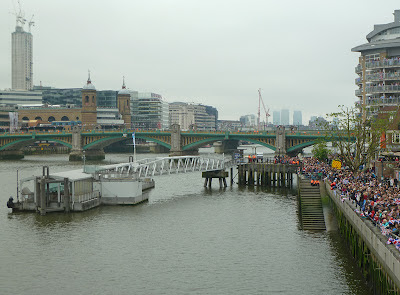 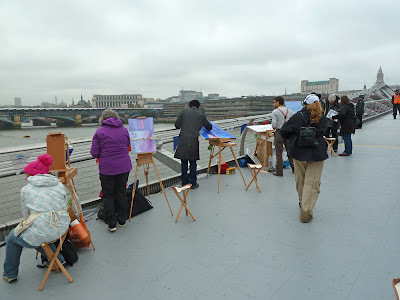 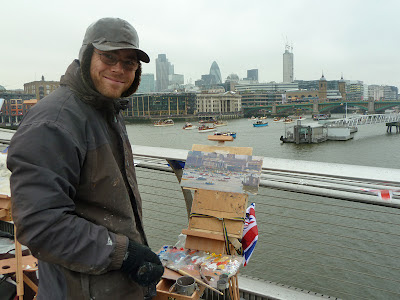