This was a roasting hot day but I knew the light would be good in the afternoon. The first one was done at about 3pm and because of the full sun the colours were quite strong. I’ve seen Ken Howard paint from this sort of position and wanted to give it a go myself. I was quite conscious of making the composition asymetrical despite there being a strong inherent symmetry to the twin towered bridge 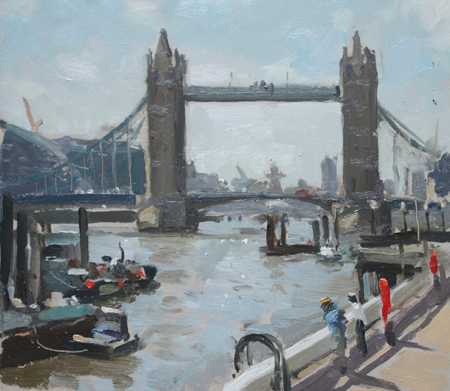 I was really roasting after the first painting but on my way back I bumped into 3 guys from the Wapping Group who were out painting from a spot a bit closer to the bridge. The light was getting quite interesting and I decided to seize the moment and paint alongside fellow artists! It was a good decision. Really enjoyed it, despite feeling a little jaded.

The scene became almost monochromatic as the sun moved round but I stuck with the initial impression I got at the start otherwise I would have ended up painting a new scene over the old one! The key to getting the light to register on the water was to pitch the general tone of the river low enough to contrast against it. 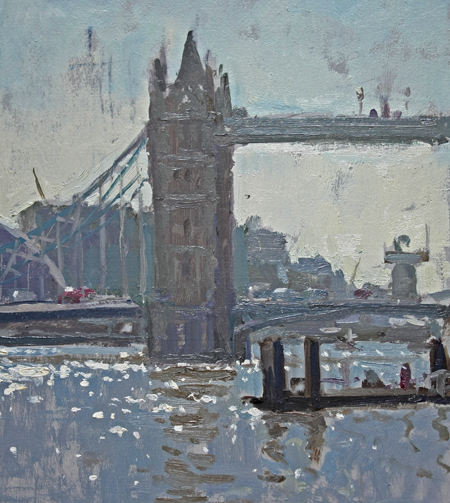