Recently I was kindly invited by David Bachmann for fantastic week of painting with friends on the Algarve in Portugal. It’s fair to say I enjoyed every single minute and it was great to paint and socialise with friends and soak up the wonderful coastline. It was a real tonic to get out with the easel and paint in the sunshine (well, with the odd bit of rain here and there) after what had seemed a very long and drab UK winter!

Amongst the group were David Bachmann, Tim King, Karl Terry, John Stillman, Tony Dakin, Mo Teeuw, Haidee-Jo Summers, Valerie Pirlot, Andrew Roberts, Mike Richardson and Rob (I can’t recall Rob’s surname – cellist with the Seville orchestra). I thought it would be nice to share a few group/action shots…..it appears we were generally either painting or eating/socialising. 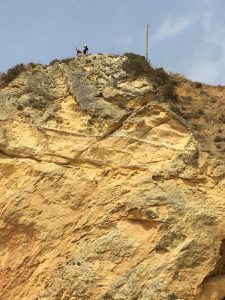 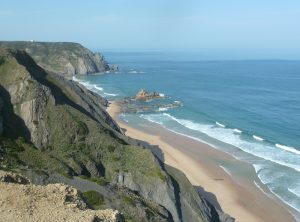 Stunning views to be had on the wilder west coast (Praia Da Cordoama). Being on the Atlantic coast it has certain similarities with the Cornish coastline with dramatic cliffs and beaches. 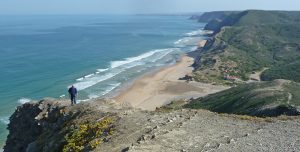 Tim attempting to convince us the view was best from a more precarious perch! 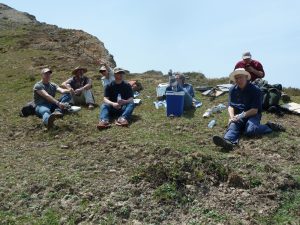 A well earned lunch break in the midday sun. 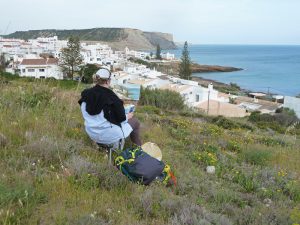 Valerie working on painting having just flown in earlier that day! 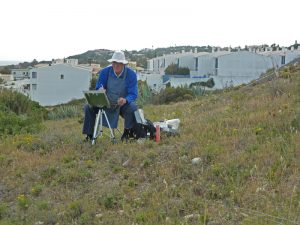 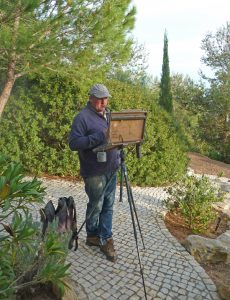 Karl in his element, painting in the gardens 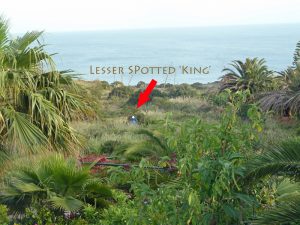 Tim somehow found his way to this seemingly inaccessible spot (above) from where he produced a lovely painting on the house and surrounding foliage. 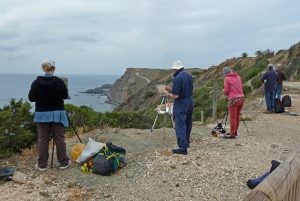 Valerie, Tim, Mo, Karl and Tony lined up for action 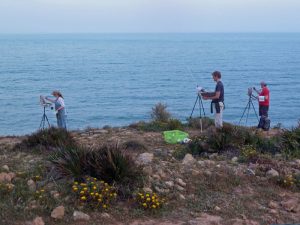 Haidee, Rob and Karl on the cliffs near the house. 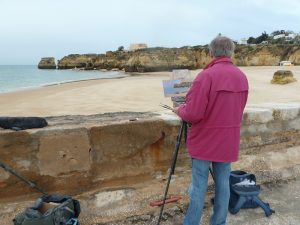 David taking in the wide angle view of the beach at Lagos. 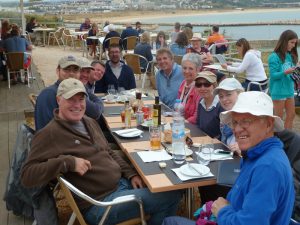 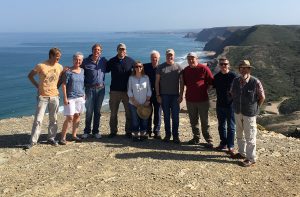 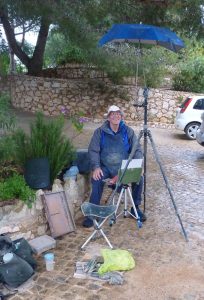 Tim getting a little respite from the rain with my improvised umbrella rig.