Cornwall (Looe) with the ROI

Cornwall (Looe) with the ROI

I’ve just returned from a few days down in Cornwall having met up with ROI members and friends down in Looe last weekend. It was a great painting and social weekend and I stayed on for several days of painting along the nearby coastline. The weather really picked up nicely as the week went on and I switched from woolly hats to factor 30 sun cream. It’s surprisingly rugged in places along the coast path, away from the tourist hotspots like Looe, Polperro and Fowey and I enjoyed the variety of taking in both rugged and more intimate subjects such as harbours and boat studies. The plan is to have more ROI events like this where we can meet up, paint and have a good time together. We certainly ate well at a selection of the local restaurants 🙂

This was my first painting and was done from the pier and Looe with the tide coming in fast. In fact, as I stood with Graham Webber (AROI) we found the water lapping around our feet and whilst I like to be in touch with the elements I’d probably draw the line at painting in the sea! All good fun though. 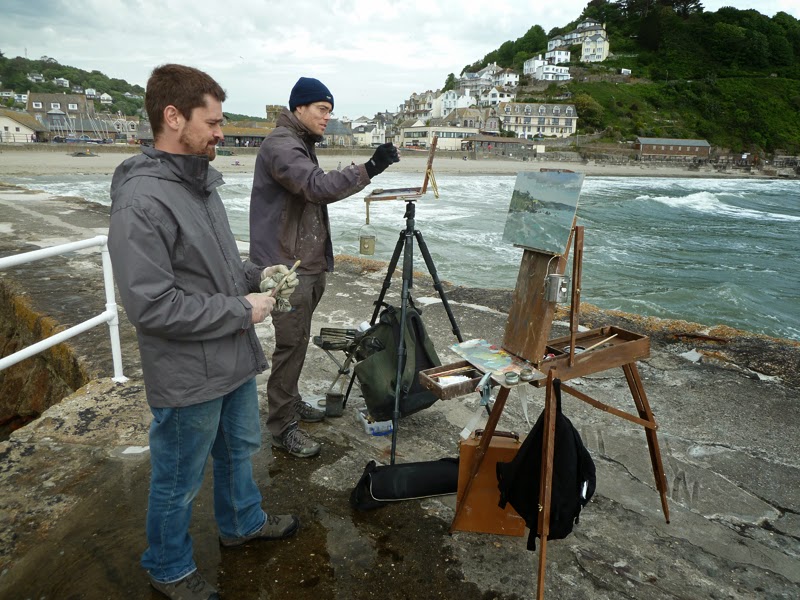 Graham and myself trying to ignore the water underfoot. 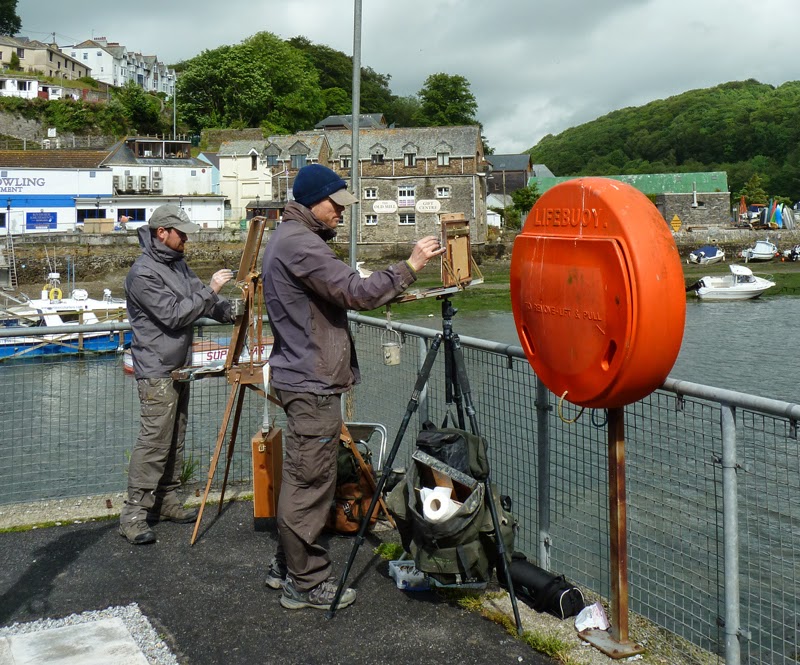 Painting in a breezy spot with Graham

The ROI crew lined up for painting action 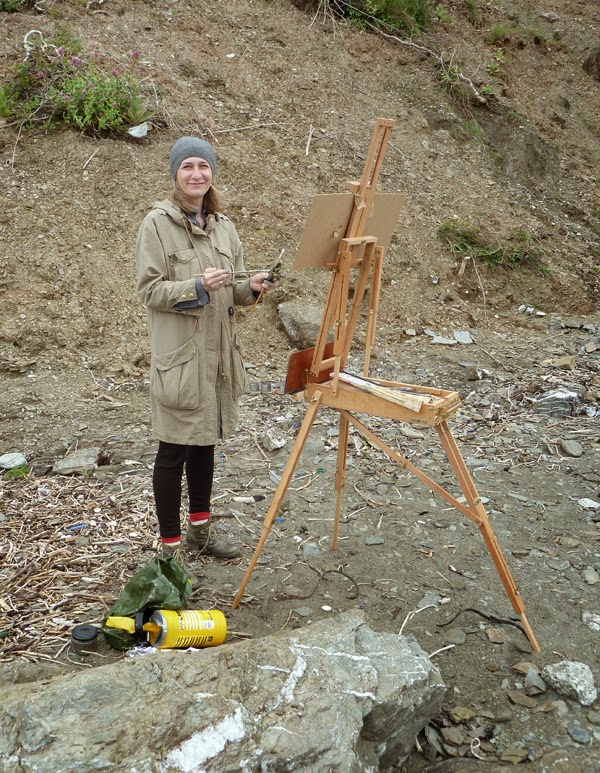 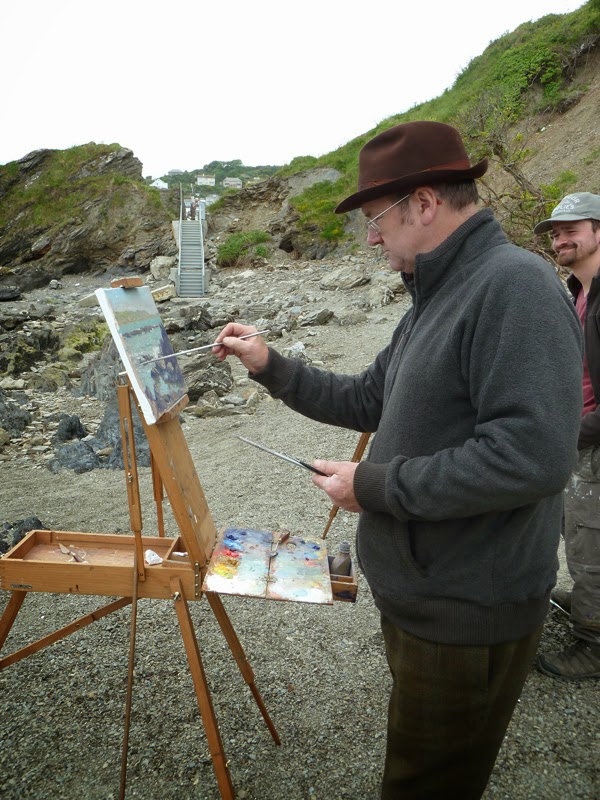 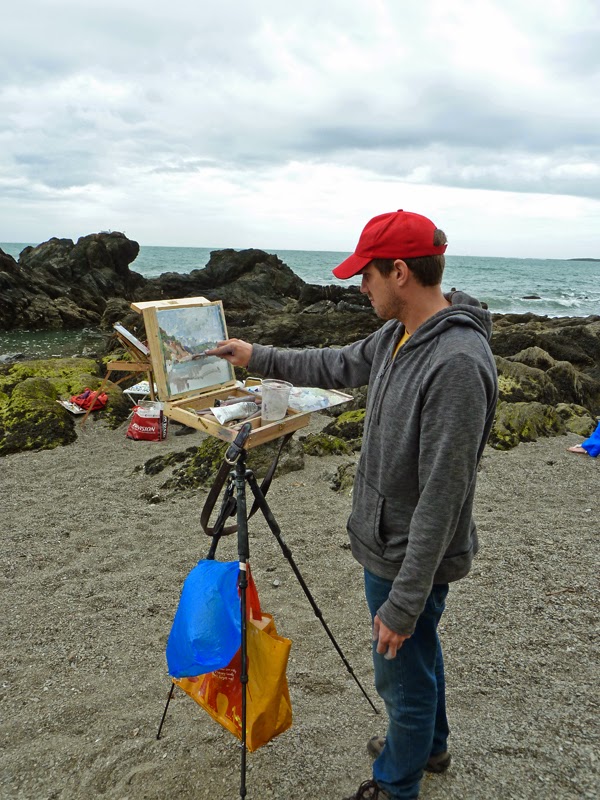 Natalia’s dyptich. Nice composition and sense of space in this.
My second little study from the session is shown below. It’s rather unfinished in a way but I quite liked the energy/sketchiness of it and decided to leave it as is rather than fiddle and kill the freshness. Very much an attempt at establishing the ‘essence’ of what was in front of me without getting fussy. Just as well really as I could have got into all sorts of trouble with those dark foreground rocks! 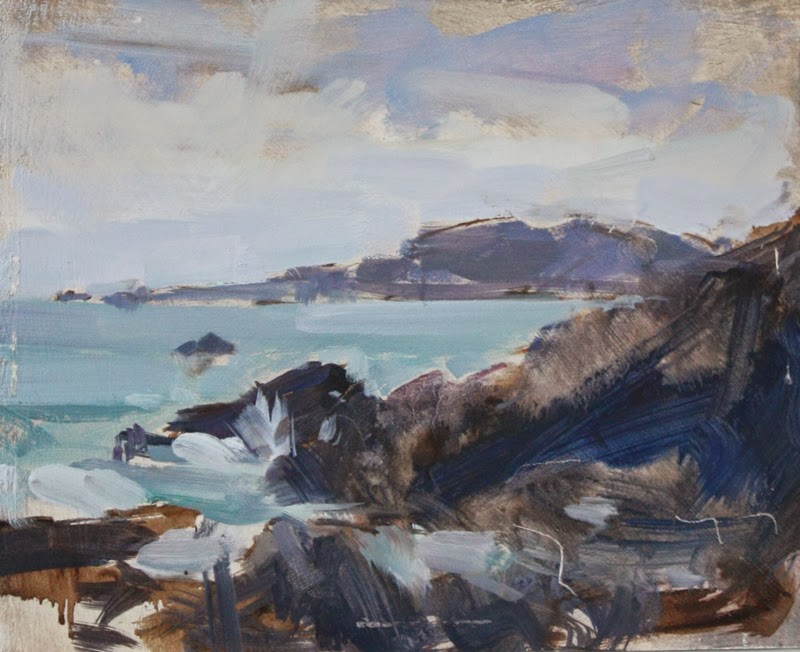 ‘Towards St George’s Island, Looe’ -10x8in, oil on board
I painted this one around the corner during the same weekend at it was a bonus when the school of sailing boats appeared. 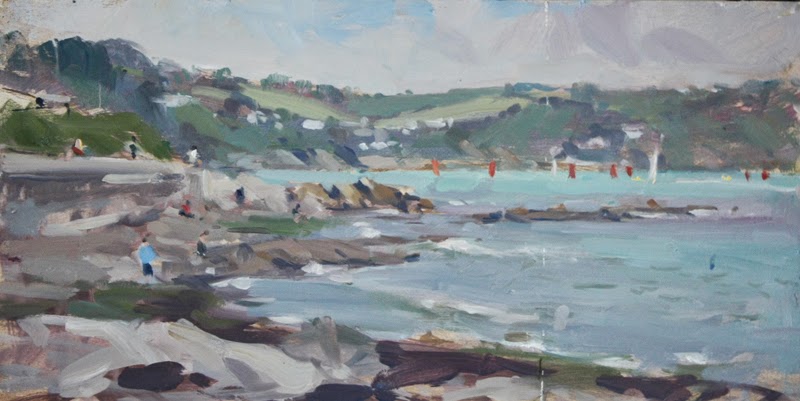 ‘Sails ahoy, Hannafore beach’ – 8x16in, oil on board
From the same spot I painted this slightly smaller piece with sunnier conditions. I like the tonal weight of the wall on the left which is balanced by the activity of the boats on the right.