I’ve recently returned from a fabulous few days painting with friends in Venice. We were there for 5 nights and there were 11 of us hitting the streets. It’s an amazing city and I very much hope to return for some more easel action. To be honest, almost everywhere you look there’s amazing subject matter. The architecture, light, water and general atmosphere….all incredible!

We were quite lucky with the weather. A bit of rain here and there but not too bad considering it’s December. It seems a good time of year to visit because there are less tourists. In the hot summer months with crowded streets and bridges I can imagine it would be much more difficult to find a painting pitch. You soon get used to the idea of using boats and footpaths to get around. In fact, it’s suprising how normal it feels after a few days. Certianly didn’t miss the presence of the motor car…..at night there’s a blissful silence in the air…just the sound of lapping water! Speaking of the water, it has a unique milky green colour (as described by fellow painting friend Tim King). Even on grey days it veers towards this green. Lovely!

Anyway, here are some of the studies I made. I’ll call them studies because some appear quite sketchy. With the weather, light and crowds there’s not much scope for doing anything too detailed. I was more interested in trying to get the basic tones and colours to work rather than getting hooked up on architectural detail (much easier said than done!). That said, the architecture does demand a lot of focused attention and subjects like the Basilca (St Mark’s church) are a real challenge at 8am in the morning! I found my new Open Box M kit very easy to use and it’s very lightweight for carrying on the plane (we had a 20kg weight limit to hit). I had some hassle at airport security getting my paints through the hand luggage checkpoint, despite having a letter of clearance to do so from Easyjet. After a rather heated exchange with the airline my paints were eventually checked into the hold, along with the rest of my hand luggage. Lesson learned…..never take paints in the hand luggage…whatever the airline tells you!

I’ll post a few more paintings and action shots from the trip in the near future. I did 14 panels in total. Some need a bit of tidying up but I don’t like to fiddle with them too much in the studio. I’d rather start a new study and use the original as reference. 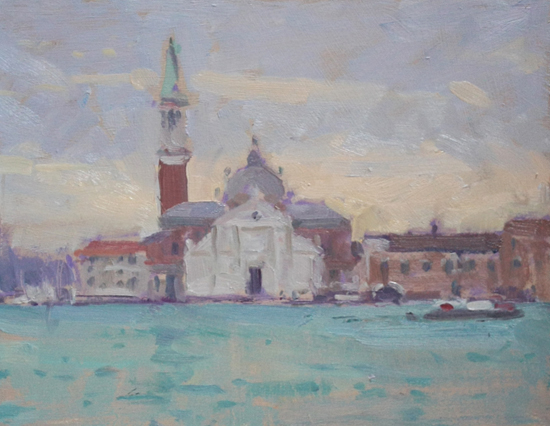 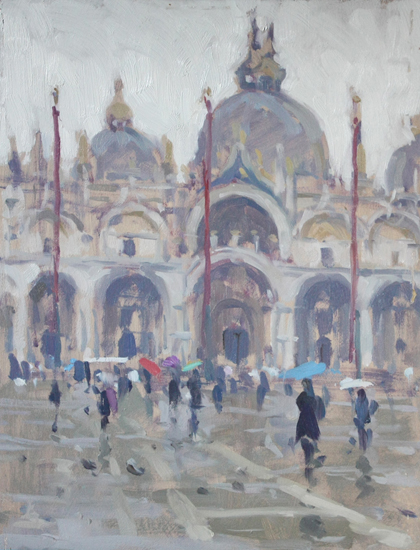 St Mark’s in the rain 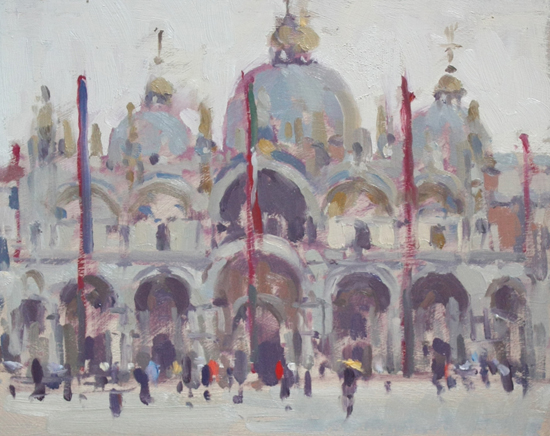 La Salute, across the Grand Canal from the Gondala station 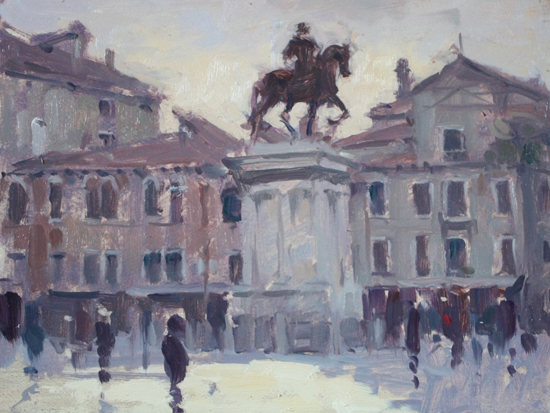 Colleoni’s statue, against teh light 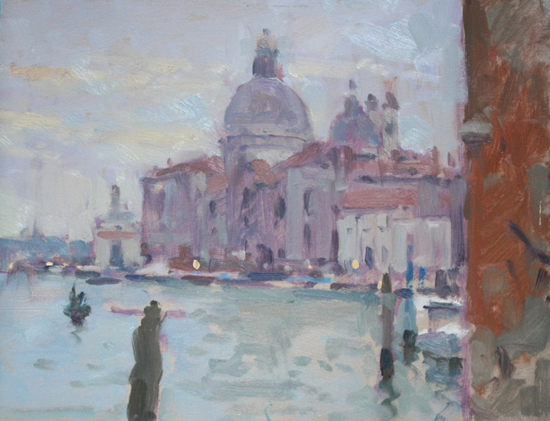 La Salute from the foot of the Accademia bridge 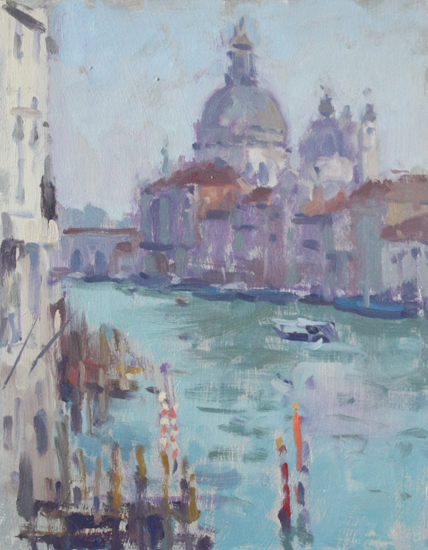 La Salute, from the Accademia bridge 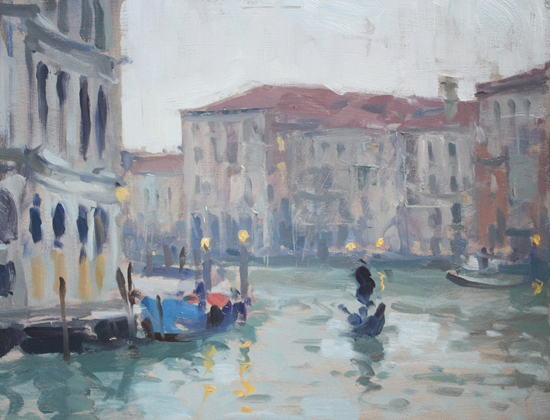 Grand Canal, from the foot of the Rialto (where Sargent stood!) 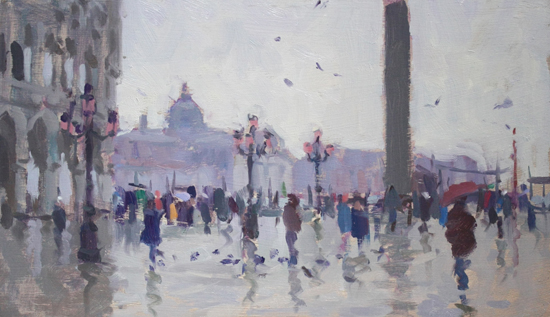 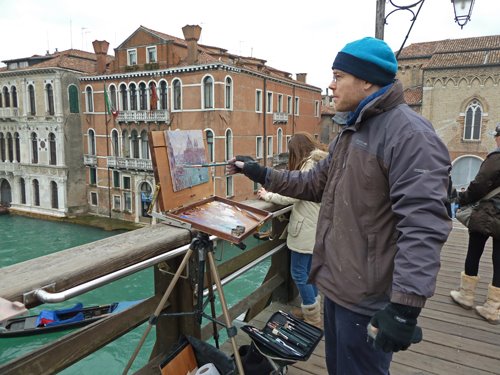 Painting on the Accademia bridge 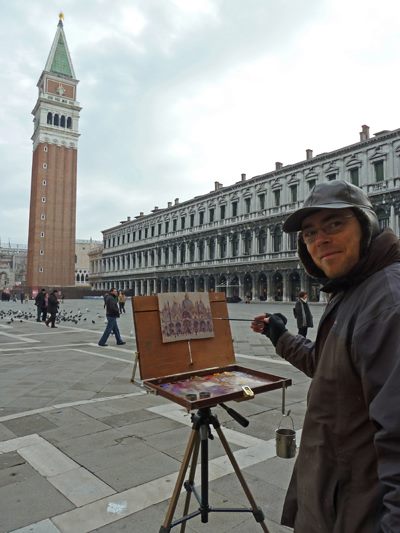