On Saturday I headed to Oxford and was delighted to be joined by my friend Tim King. It makes quite a difference when you’re out there with a fellow painter. Thankfully the sun was out and the place was teaming with tourists and visitors collecting students for the end of term. I think we chose one of the busiest spots in the city for the first piece, outside the gates of Trinity College. I found a nice angle looking across the road with Tim painting at the foot of the gates. The sun kept bobbing in and out but it didn’t seem too bad with the easel umbrella providing shade for the work surface (otherwise the sun would have been fully on the painting). This is me painting the scene ( I had to stoop under the umbrella which was a tad tricky) 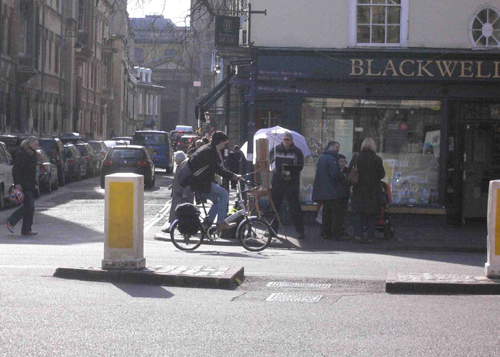 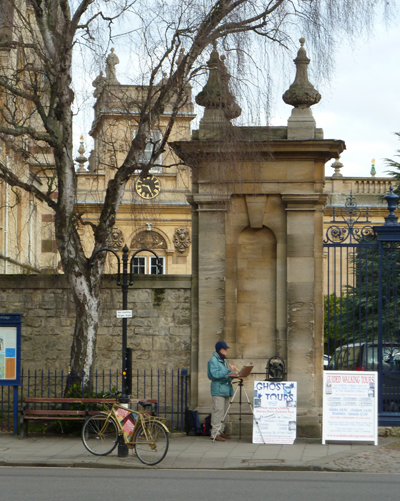 and with the sun out towards the end (by which time Tim had decided to start painting me painting him!) 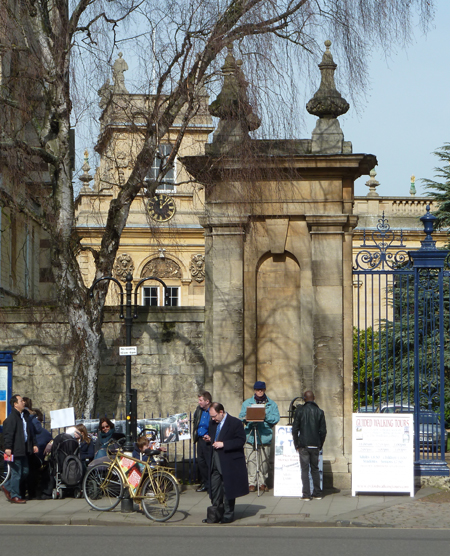 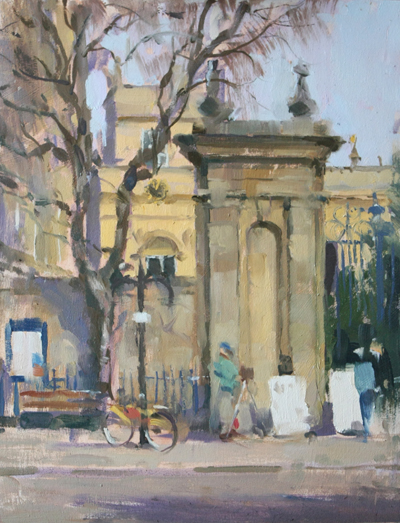 After some refreshments we then wandered around looking for somewhere a bit quieter. We eventually stumbled across a little back street near Pembroke college (Pembroke Square). It’s just of the main street near the entrance to Christ Church college.I liked the light through a thin little alley and Tim fancied the view towards the main street with me painting in the foreground. It was a tricky subject as the light started to fade quite rapidly and I was feeling a bit tired. This is me setting up 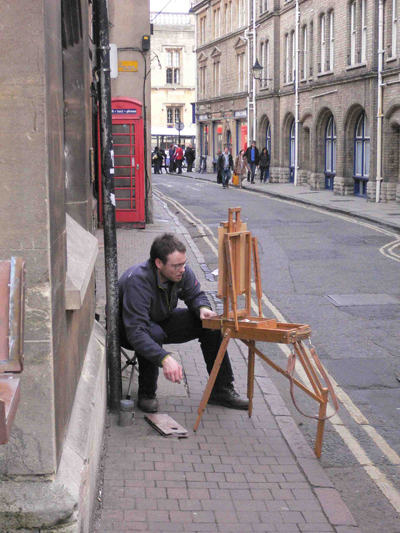 and this was the view of the alley 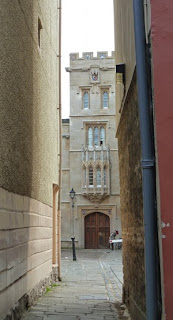 I wish I’d included the red face of the foreground ﻿wall as I think it adds an interesting note of colour but at the time I was focused on the shapes created by the light bouncing onto the wall. I also wanted to say something about the amazing window on what I assume is Pembroke College in the distance. Here’s how it ended up after about 90 mins (sorry about the glare on the drainpipe which is actually darker). 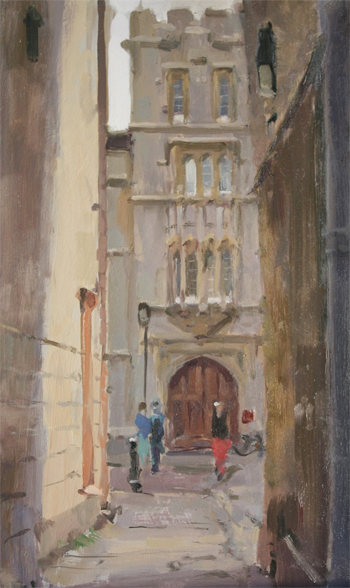 The leaning wall was quite a feature and made it feel much less contrived. Otherwise I suspect there would have been too many repititions of rectangles. This is why painting older cities is such a treat and even more so when you can do it alongside a painting buddy. It’s hard to say whether what you’ve captured has hit the mark but one can only set up, have a go and enjoy being there in the moment. That’s what it’s all about for me.
David2011-03-14T22:26:00+00:00March 14th, 2011|0 Comments