I was lucky to be able to catch a bit of snow action and am keeping my fingers crossed for more! I think the coldest session was done at about -4 degrees…..that was quite cold enough for me. I don’t mind if it’s snowing at the time as long as the flakes don’t get onto the palette and painting and emulsify everything. Speaking of palettes, this is my current winter selection: 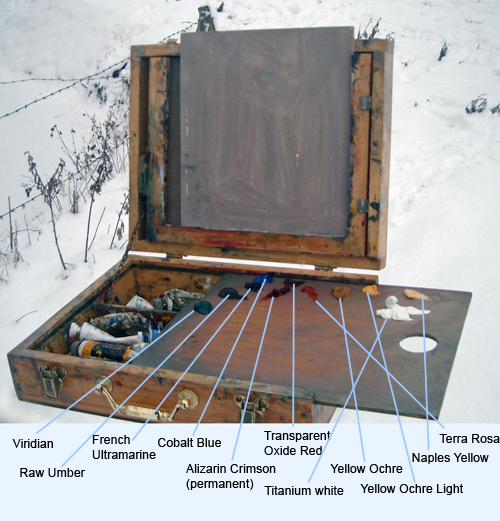 It’s quite an ‘earthy’ mix, suited to the generally overcast conditions and loosely based on the palette used by Ricard Schmid. I’ve added raw umber and naples yellow as I find them really useful. Here I’m using my small pochade, built by my Dad, which is mounted onto a tripod. In the sicy conditions I found it better standing up to paint as it kept the feet warmer by moving around a bit.

The setup above was used in front of this scene below: 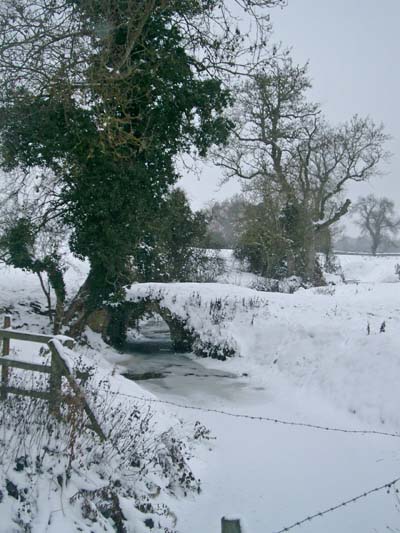 The camera doesn’t really show what I saw in terms of colours/tones. For my painting I took a slightly closer view and in some ways I wish I’d had the French easel as I could have done a slightly wider format to get more in. Nevertheless, I got something down….no time to be fussy…. 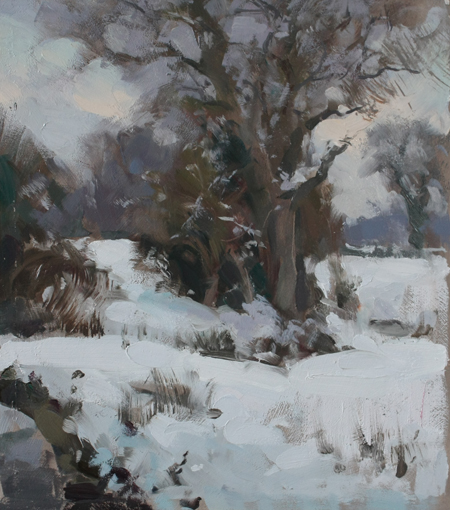 This was done nearby at Passenham, just a 10 minute walk from my house. It was overcast and VERY cold. I’d had enough after about 75 mins and tidied it up for an hour or so in the studio afterwards (once I’d defrosted!). The foreground was tricky because I wanted the eye to move into the distance without being distracted by the bits of undergrowth which, in reality, was more dense than I’ve depicted 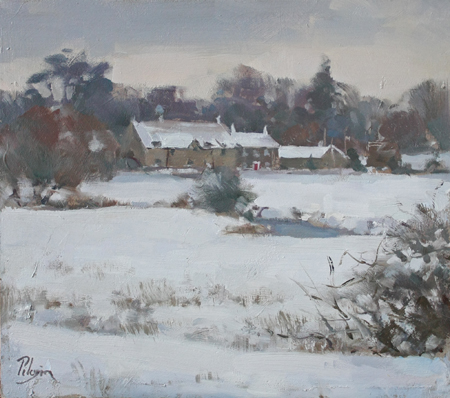 I really made a conscious effort to try and pick up on the colours without making them seem too exaggerated. With the overcast conditions, it’s easy to slip into a drab grey mode. I kept saying to myself….don’t make it drab, keep the colours clean and fresh. Admittedly, my brush cleaning was a little more undisciplined than usual, owing to the conditions, but I used a large collection of brushes to compensate, swapping them over rather than messing about with too much cleaning. 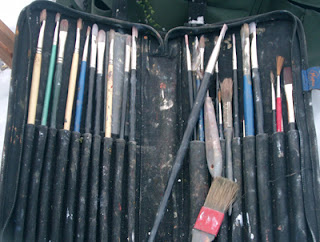 The next one was just across the road at Calverton. Everywhere else was foggy but the faint sun tried it’s best to make a brief appearance before the scene went really dull. Still, I tried to make the most of things and worked on a slightly bigger panel (roughly 8x14in). 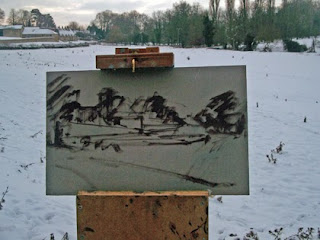 Above, blocking in with an earthy mix to set the design in place. I’ve got the panel propped on a custom platform on the French easel as I find it doesn’t stretch high enough when I’m standing up….I wish they made them go higher!! 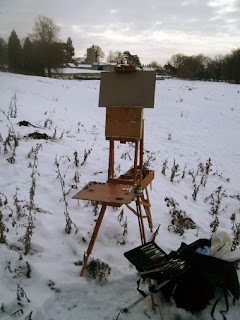 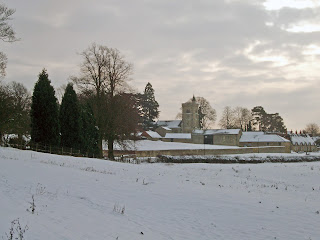 and the painting….with a cameo from the car with headlights on the right 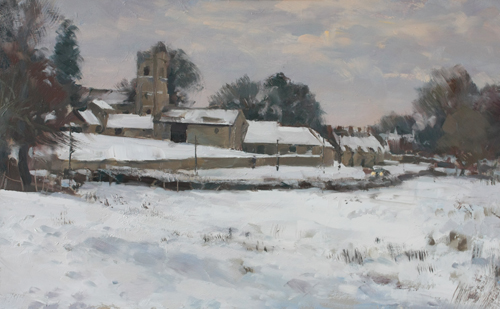 Finally, this one was done on Boxing day at Sawbridge in Warwickshire. I just drove out from Rugby to ‘find somewhere rural’. Annoyingly, it had been glorious sunshine the day before but the clouds returned once more although a few slithers of light did make a short appearance to make things a bit more interesting. I liked the simplicity of the scene and the fact that the sheep looked so brown against the snow. There was a black sheep too which really stood out (I had to tone it down otherwise it would have stood out too much). This was a small 6×8, done standing up so a little fiddly to deal with. 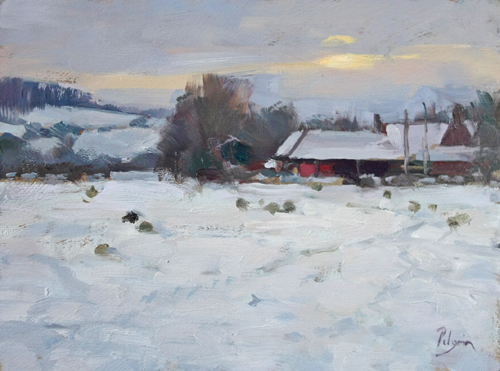 Compare with the photo which doesn’t tell the true story! 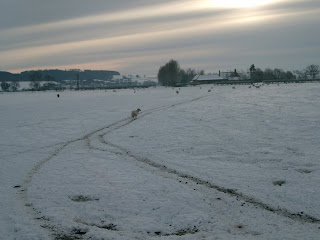